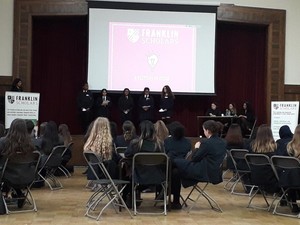 The second half of the Festival saw teams pitted against each other in a Dragon’s Den style competition.  Ideas pitched ranged from providing ICT support for the elderly to recycling to improve the environment.  The final decision was down to a team of ‘Dragons’ which included our own Head teacher, Mrs Forde.  St Clement Danes school won and a Copthall team came second, winning £120 to work on an idea to encourage girls’ involvement in STEM subjects.  There was a fantastic buzz and energy throughout the day and all the young people involved further developed their confidence and communication skills.

Thank you message from Franklin Scholars

A heartfelt thank you for Copthall's contribution to making the Festival of Ideas a resounding success. We so appreciated you hosting the event and the Copthall Scholars were excellent ambassadors for your school, demonstrating impressive creativity, collaboration and application. They said their favourite parts of the day were the airplane crash simulator task and pitching their ideas to the "dragons".

When asked at the end of the event:

92% of students agreed that they had developed key social and emotional skills,

63% of students think they are now more able to make a difference in their community, and

They also developed a range of skills: 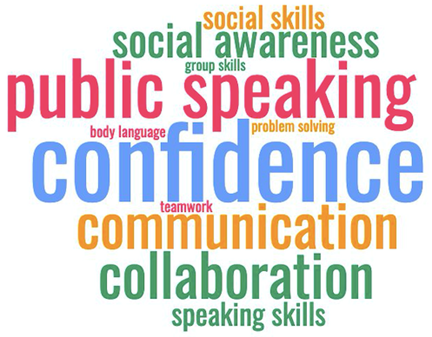 The skills and habits your students felt they had developed at the Festival of Ideas.